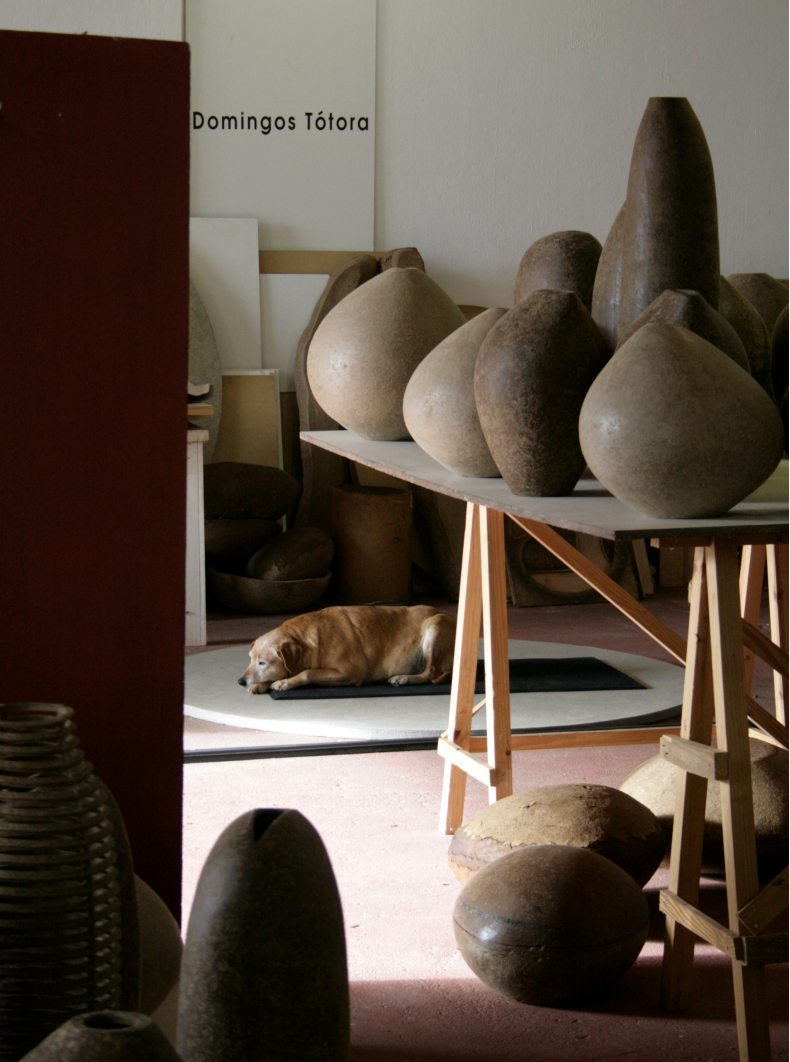 Domingos’ roots are deep. He’s an old soul in a contemporary world. Enter his circular stone house with a crackling fire, and you’ll be served a tray of warm pão de queijo and cafezinho. One of a dozen rescue dogs will warm your feet as you relax against a sheepskin throw. Then he’ll open up about his craft. It’s not just his vocation, but his identity. His work is the manifestation of the soil from which it is shaped.

As an educator and art teacher, Domingos has a naturally patient demeanor and childlike curiosity. He’s fascinated with Mother Earth And Father Time. The elements in which his homeland is so rich are his muse.

He observes the aging effects of weather on colonial Portuguese architecture, the 300-year-old hand-laid cobblestones called paralelepípedos , and the beauty it brings out over time, like a buffing to a fine finish.

Inspired by his natural surrounds, he rarely travels from the bucolic village of Maria da Fé in Minas Gerais, although he did for a time to formally study design. But the ancient shrines, winding streams, lush vineyards, and mountain passes are the only world he wants and needs; the living vignettes telling him what to create.

He listens closely and responds. 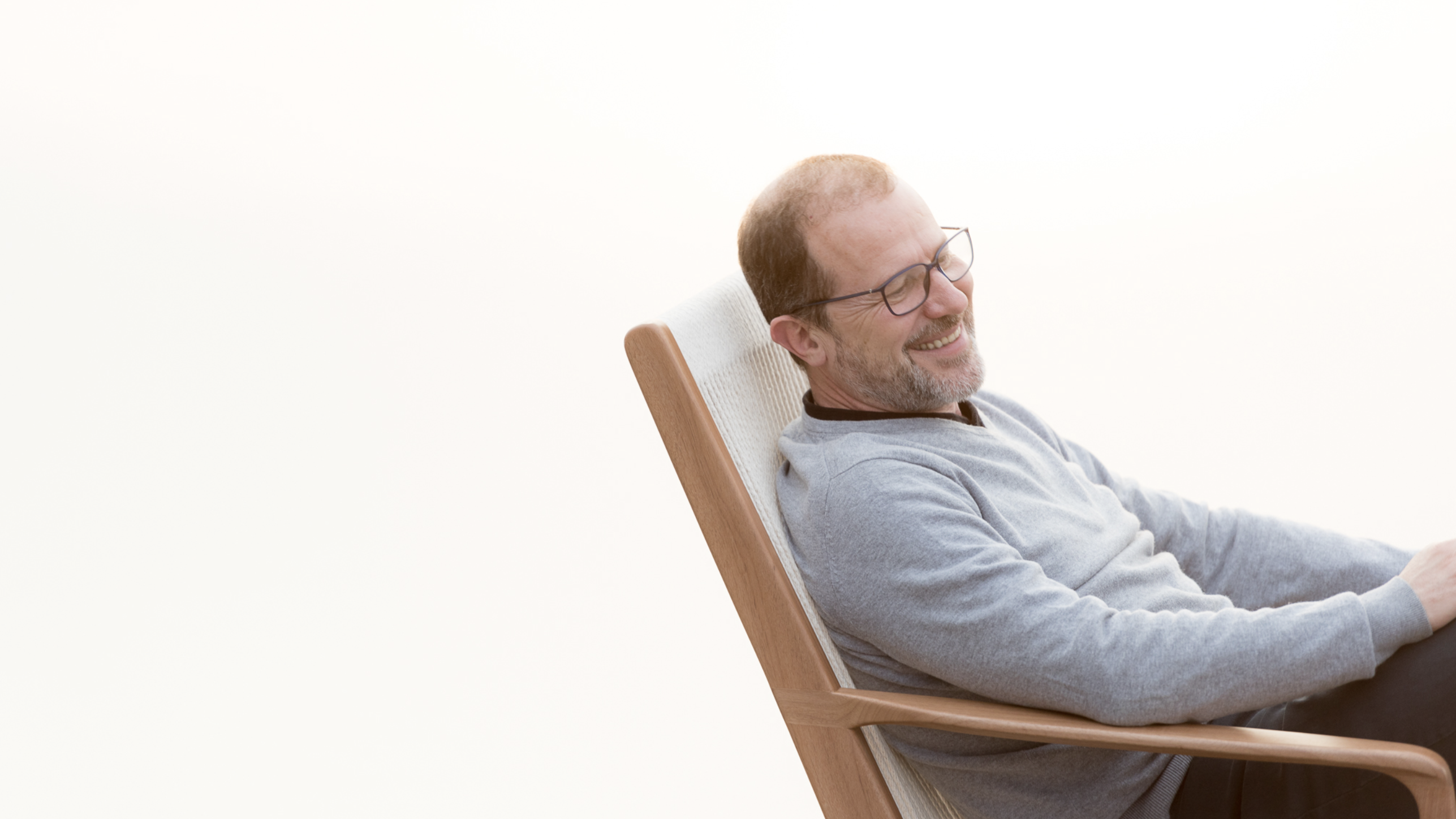 His childhood played out against the backdrop of Oscar Niemeyer ’s modernist architecture in the capital city of Brasília. Decades later, Aristeu befriended Sérgio Rodrigues, “Father of Brazilian furniture design” whom Niemeyer chose for installations of the interiors of his civic buildings.

The years between were devoted to a globetrotting career as an executive and engineer with a multinational software firm. In time, countless hours of inflight sketching led the humble renaissance man to shed his very successful career for another calling. Just two years later, his talent was affirmed when he received the prestigious Museu da Casa Brasileira award for his iconic Gisele Lounge Chair. The previous year’s winner was none other than Sérgio Rodrigues, for the Diz Lounge Armchair.

Finding respite at home, Aristeu often lets the improvised notes and chords of his guitar strumming and piano-playing lift him. “ I am alone with my mind and the keyboard, with no room for any other thoughts, ” he says. 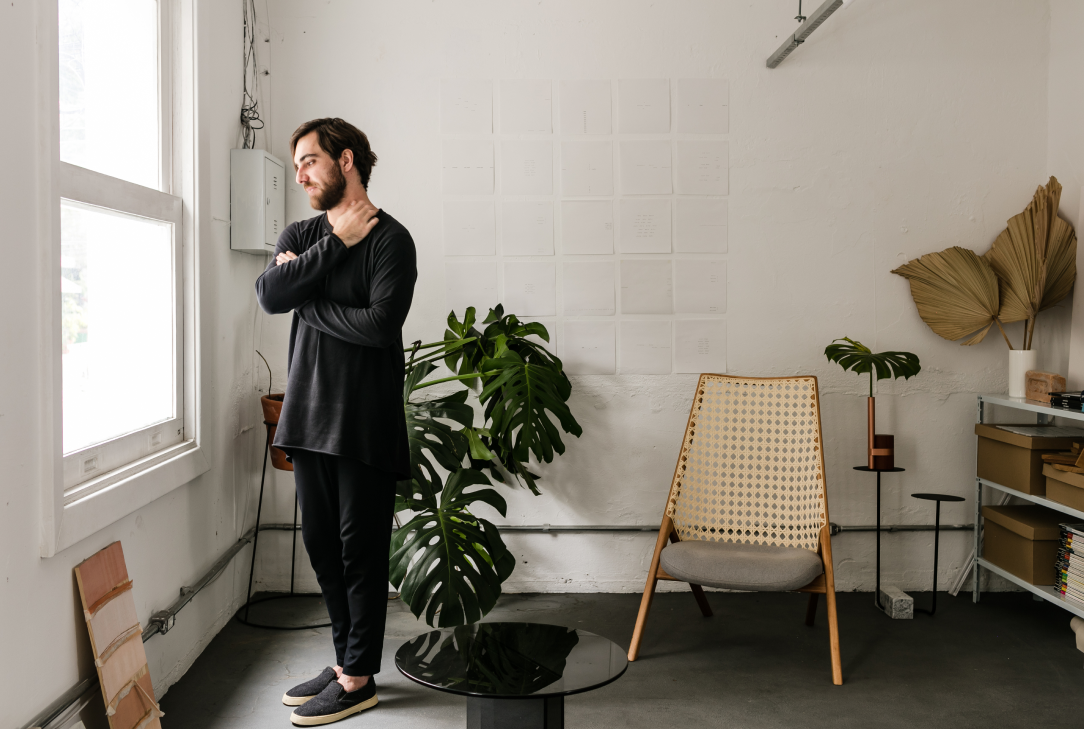 Guilherme spent his childhood near the southern city of Torres, known for its rugged, rocky formations and the white-capped surf rife with penguins, wild sea lions, and migrating whales on Guarita Beach. The whole scene summons a sense of romance, intrigue, and adventure.

Per family norms, Guilherme enrolled in business school , where boredom ruled his day. Scurrying to the beach on weekends, he surfed from dawn to dusk, where he came fully alive like never before.

The bright pulsating waves gave him a serenity and connection to nature that compelled him to completely flip his life. After adding “business school dropout” to his resume, he enrolled in design studies at the Universidade de Caxias do Sul.

Guilherme finds his truest self during soulful contemplation with nature. He feels duty-bound to manifest those feelings into built objects. The swoosh of the Corda Pendant Lamp derives from a romantic feeling. Objects may appear asif having freshly fallen to the forest floor.

His approach to design is congruent with the intention with which he pursues everyday life, embodying an ethos he aptly described as Tropical Minimalism. For now, that includes owning no cumbersome anchors such as real estate.

He designs and collects only the objects that exemplify a clean and spare palette. Inspired by contemporary artists, travel and adventure films, he is continually in search of new adventures and inspiration in nature.